We are taking action to protect animals involved in cruel rodeo practices by urging the Alameda County Board of Supervisors to ban the use of rodeo weapons like flank straps and spurs and inhumane events like wild cow milking and tie-down calf roping.

Just a few years ago, almost 18,000 In Defense of Animals supporters contacted the Alameda County Board of Supervisors urging them to end cruel rodeo practices and events in the region. On Tuesday, September 20, 2022, the board of supervisors will meet again to decide if they will keep up the momentum in cracking down on the inhumane rodeo tools and practices, and we need you to speak up for the animals either in person or virtually during the public comment portion of the meeting. Making calls, sending letters, and sharing your support of the ban on social media are other ways you can add your voice to this urgent cause.

On August 9, 2022, Alameda County Supervisors held the first reading and introduction of an ordinance amendment that would ban the “use of spurs or flank straps upon any animal during any entertainment or sporting event, including during a rodeo or practice for a rodeo." The ordinance would also ban cow milking events and tie-down calf roping, replacing current tactics with breakaway roping only. However, due to unforeseen issues within the board, the hearing of the ordinance is being tentatively postponed until Tuesday, September 20, 2022.

For cowboys and cowgirls, participation in rodeo is a choice. The animals who are forced to participate are subjected to inhumane tools like the use of flank straps - tight, painful straps on the groin areas of bulls and horses - and sharp spurs which are used to jab horses. These devices are used to encourage naturally docile animals to kick and flail to dislodge the painful tools, creating dangerous behaviors and motions that can seriously injure or kill the animals involved.

Cows forced to participate in wild milking events are separated from their nursing babies and forced into a loud, bright arena. Two competitors on horseback then violently rope her, forcefully rob her of her milk, and often leave her injured. These events are traumatic and terrifying for the mother cows involved, and inherently carry a high risk of lasting injury if she survives the ordeal.

Calf roping is a horrific event where calves, separated from their mothers, are released into the rodeo arena, terrified, ahead of contestants riding horses. A rider chases a baby, lassos the terrified animal around the neck, then runs to the calf while the horse maintains tension on the rope to keep the baby from running away. The cowboy then slams the baby to the ground and ties three of the legs together with rope. These babies are often flung into the air from the force of the lasso that jerks around their necks, crushing their windpipes, bruising and breaking ribs as they are thrown to the ground, and dragged. Rodeo participants are often inaccurate with their lassos, catching the baby around the face and head, which can injure the baby's eyes and noses while crushing bones in the faces. The baby animals are often so terrified they defecate on themselves from fear. A proposed ban on tie-down roping with breakaway roping only requires the use of a rope that breaks away from the horse's saddle once the calf has run far from the horse. 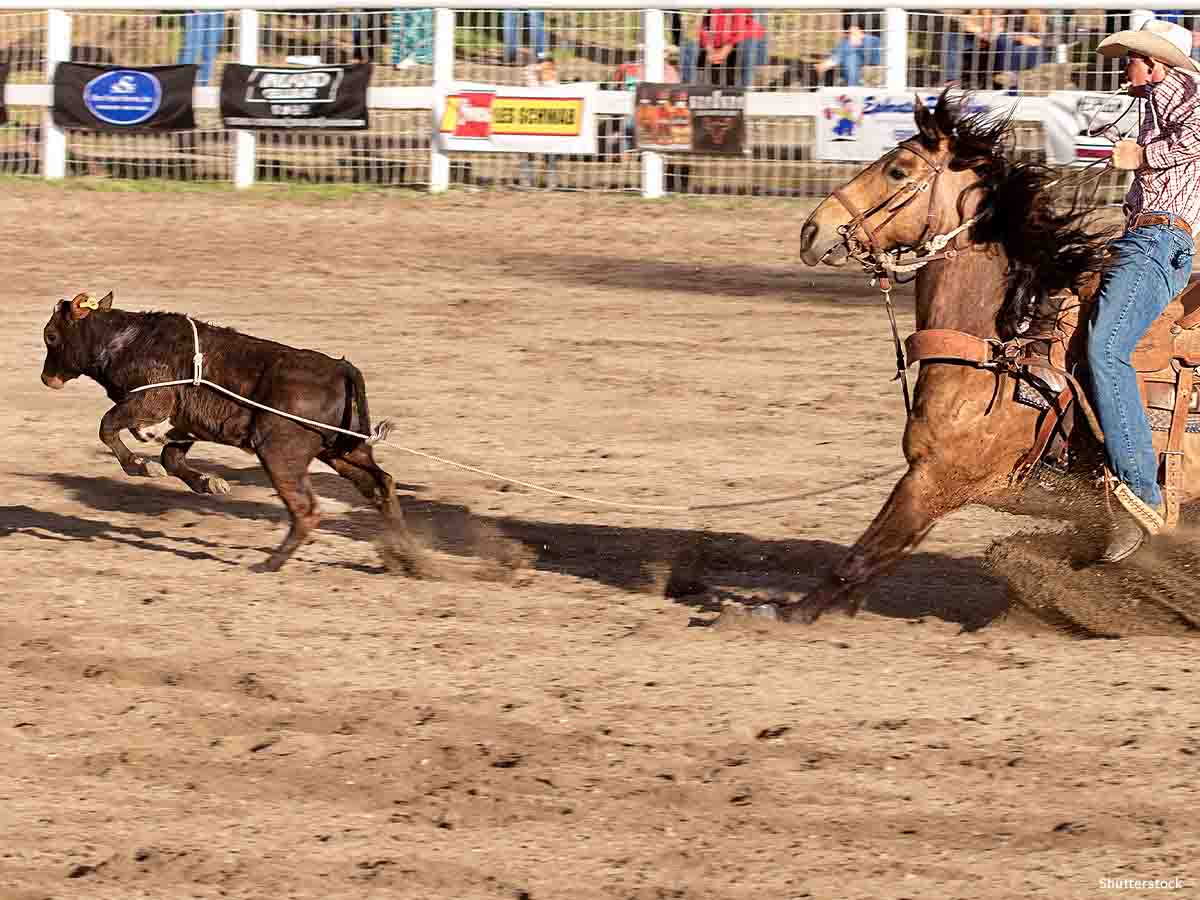 On May 22, 2022, a horse died at the annual Rowell Ranch Rodeo in Castro Valley - a region within Alameda County that would be affected by the ordinance. Local news detailed that, according to a report authored by a veterinarian, “a 15-year-old pick-up horse suffered a seizure and died in the arena.” The news report continued that “only the day before, a bull jumped the fence at the Redding Rodeo, injuring six people and putting one in the hospital. The bull was later captured a half-mile away.”

In 2004, a cow was euthanized after breaking a leg at the Livermore Rodeo, and another was euthanized in 2008 after breaking her neck while she attempted to escape by jumping over a fence at the Rowell Ranch Rodeo Park. These tragic deaths do not even begin to tell the full history of fatal abuse at rodeos, and we need your help to end this terrifying torture. Calling this abuse a tradition does not make it acceptable, it means it has been allowed to continue for far too long.

This alert was signed by 340 people and has now been delivered to the target.
Please take the following actions for animals who still urgently need your help: