After a child confessed to intentionally setting a dog on fire in Mississippi, members of the public were shocked to learn that the child won't be facing any criminal charges. Urge state lawmakers to update the youth code to allow for further intervention and accountability in cases like this.

Buddy, a Labrador retriever mix, was found severely injured on April 22. He was suffering from third and fourth-degree burns on his face, and he had an extension cord tied around his neck. He was taken to Horn Lake Animal Hospital, transferred to State Line Animal Hospital the next day, and he was admitted to Mississippi State University College of Veterinary Medicine (MSU CVM) where he's still being treated.

Despite the near-fatal assault on Buddy, his spirit prevails. It is getting him through the trauma of the torture he endured and his painful recovery. Buddy's companion dog, Snoop, has been placed with the Tunica Humane Society (THS) for his protection and placement, while THS is also funding the costs of Buddy's recovery. 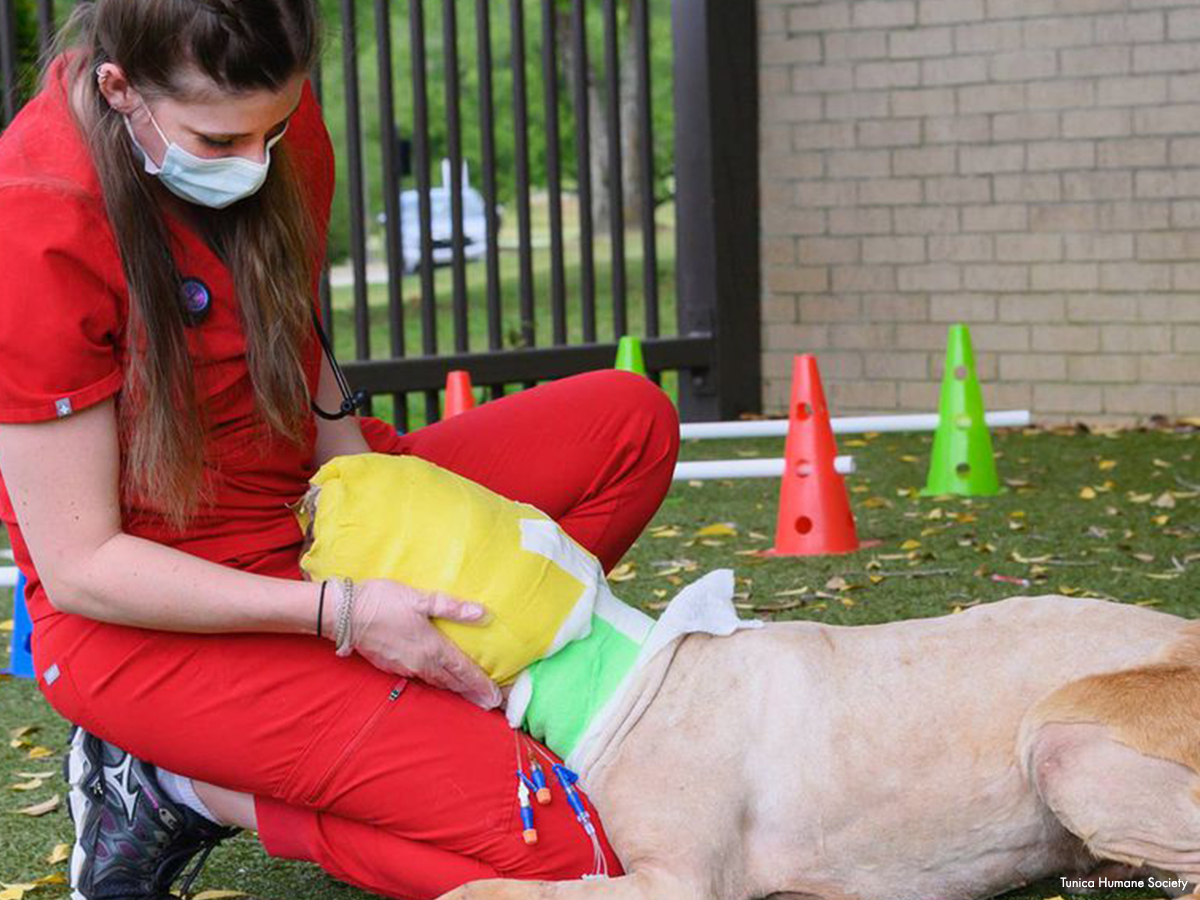 A child later confessed to intentionally burning Buddy, but there will be no charges filed because of the age of the offender. Tate County Sheriff Brad Lance has taken every measure that he can to address this heinous crime, but his hands are tied. He said in a statement that “other things are being done,” and we here at In Defense of Animals have contacted him to offer our assistance with getting counseling for this youth. For youth offenders, it's highly likely that they're being abused themselves, or that someone in their home is, and also that they'll go on to commit further violent offenses without serious and meaningful intervention.

While Mississippi's animal cruelty law was updated last year to allow for a felony charge on a first offense for animal cruelty, and a charge for each offense, more still needs to be done to address this issue and prevent cruelty cases from happening in the first place.

This alert was signed by 14,378 people and has now been delivered to the target.
Please take the following actions for animals who still urgently need your help: