Save Bloomsburg’s Geese from Gas Chambers Save Bloomsburg’s Geese from Gas Chambers

We’re thrilled to report a victory for the 40 Bloomsburg geese thanks to our supporters who signed this alert. The goose massacre was canceled for 2022 and 2023. Local activists are now working with the Bloomsburg Town Council to ensure the end of future goose “roundups.”

The Bloomsburg Town Council in Bloomsburg, Pennsylvania, has issued a death sentence by contracting with the U.S. Department of Agriculture's rogue animal-killing branch, Wildlife Services, to kill 40 geese due to alleged lagoon contamination at Bloomsburg Town Park, but the water quality has not been tested. Despite public outcry and presentations on available nonlethal strategies that would effectively deal with the issue of goose poop, the council maddeningly refuses to take the slaughter of geese and goslings off the table. The council must remove lethal options from its plan and conduct professional water quality tests.

Residents have attended town council meetings, protested the goose-killing plan with signs, and formed Save the Geese Bloomsburg to defend these innocent and unsuspecting animals. In spite of all this, the Bloomsburg Town Council stubbornly intends to proceed with lethal measures as its adopted option to reduce the goose population. 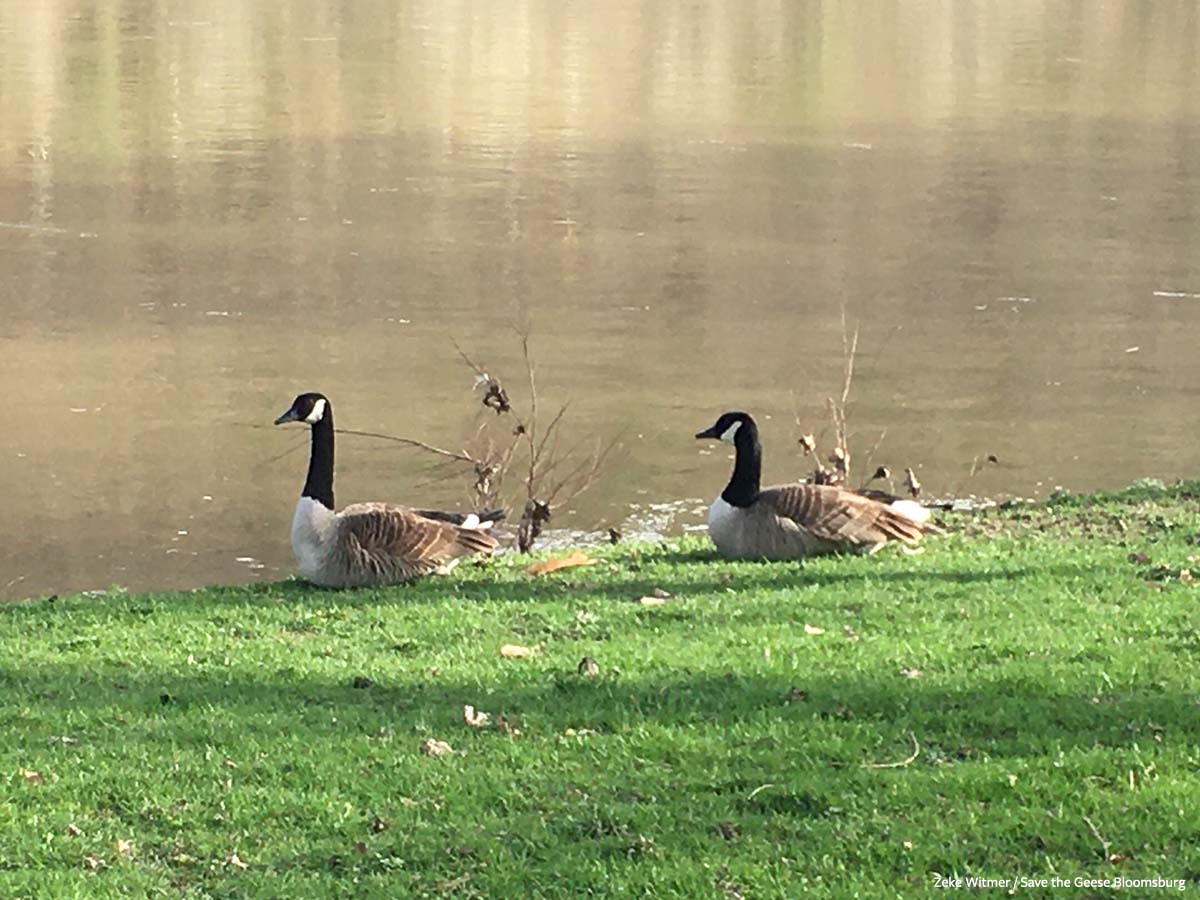 Corralling and killing the geese is ineffective, cruel, and controversial. Killing geese only removes them temporarily before new geese replace them in a revolving door of endless taxpayer expense and cruel slaughter. Unless changes are made to the food and water supply, and the shelter and habitat that attracted the geese in the first place, they will quickly repopulate the area, sometimes within a few weeks. Habitat modification like planting tall native grasses and changing human behaviors such as discouraging feeding the geese are among the nonlethal measures that work over time. Geese are killed while at their most vulnerable which is when they molt and as a result can't fly during June - July. Confused and upset geese and goslings are first trapped in nets or pens and then most often placed in mobile gas chambers, where they suffer a slow, painful, and traumatic death. During asphyxiation, the frightened birds struggle to escape as their lungs burn for up to 45 minutes.

Read the next article
MEDIA RELEASE: Citizens Protest Planned Killing of Geese and Goslings in Bloomsburg

This alert was signed by 14,362 people and has now been delivered to the target.
Please take the following actions for animals who still urgently need your help: