We're thrilled! Maryland is poised to become one of the next states to pass progressive legislation banning gruesome wild animal killing contests targeting foxes, coyotes, and raccoons. Now we need your help urging lawmakers to prioritize and vote yes on twin bills HB 293 and SB 200 when these bills reach the floor in early February.

During these barbaric wild animal killing contest events, participants compete to kill the most, the heaviest, or the smallest animals for cash and prizes in a specified time period. Hundreds of animals can be killed during one contest, leaving orphaned young to fend for themselves or die trying. After the prizes are awarded, the animals' mutilated bodies are often trashed while participants boast about their kill numbers.

A 2020 HSUS investigation of wildlife killing contests documented the aftermath of this carnage in central and southern Maryland where the lifeless bodies of foxes, coyotes, and raccoons were riddled with bullets. The winner in Unionville killed 38 foxes and the winner in Waldorf killed 27 foxes within 16 hours. We must outlaw these wanton killing sprees! 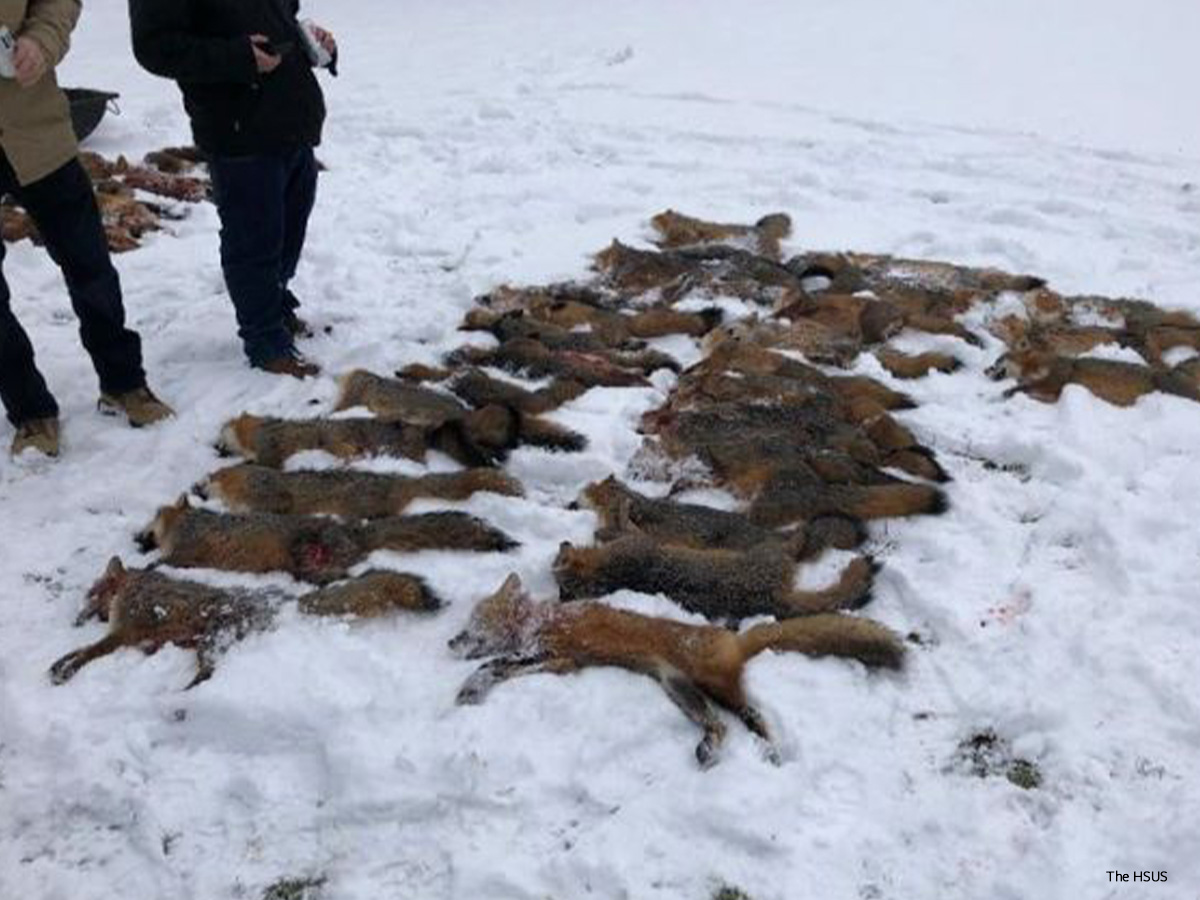 If passed, Maryland's legislation would prohibit a person from sponsoring, conducting, or participating in organized coyote, fox, or raccoon killing contests for cash or prizes and would charge a $25 fine for each animal killed in violation.

This alert was signed by 970 people and has now been delivered to the target.
Please take the following actions for animals who still urgently need your help: