Red wolves are the world's most endangered canid and the only large predator with a historic range that lies entirely within the United States. Sadly, they have lost over 99% of their historic range over the last several decades, and the last remaining 20 wild red wolves are now exclusively found within a small region of North Carolina. The U.S. Fish and Wildlife Service must add the strongest protections possible to its red wolf recovery plan!

In 1973, red wolves were officially listed as endangered under the Endangered Species Act due to hunting and habitat loss caused by human encroachment into their territory. In 1980, hunting, habitat loss, and vehicular collisions caused the species to be declared extinct in the wild. After years of recovery efforts under the ​​Red Wolf Species Survival Plan (SSP) program carried out by the U.S. Fish and Wildlife Service (USFWS), 60 captive-bred red wolves were released into the wild between 1987-1994. 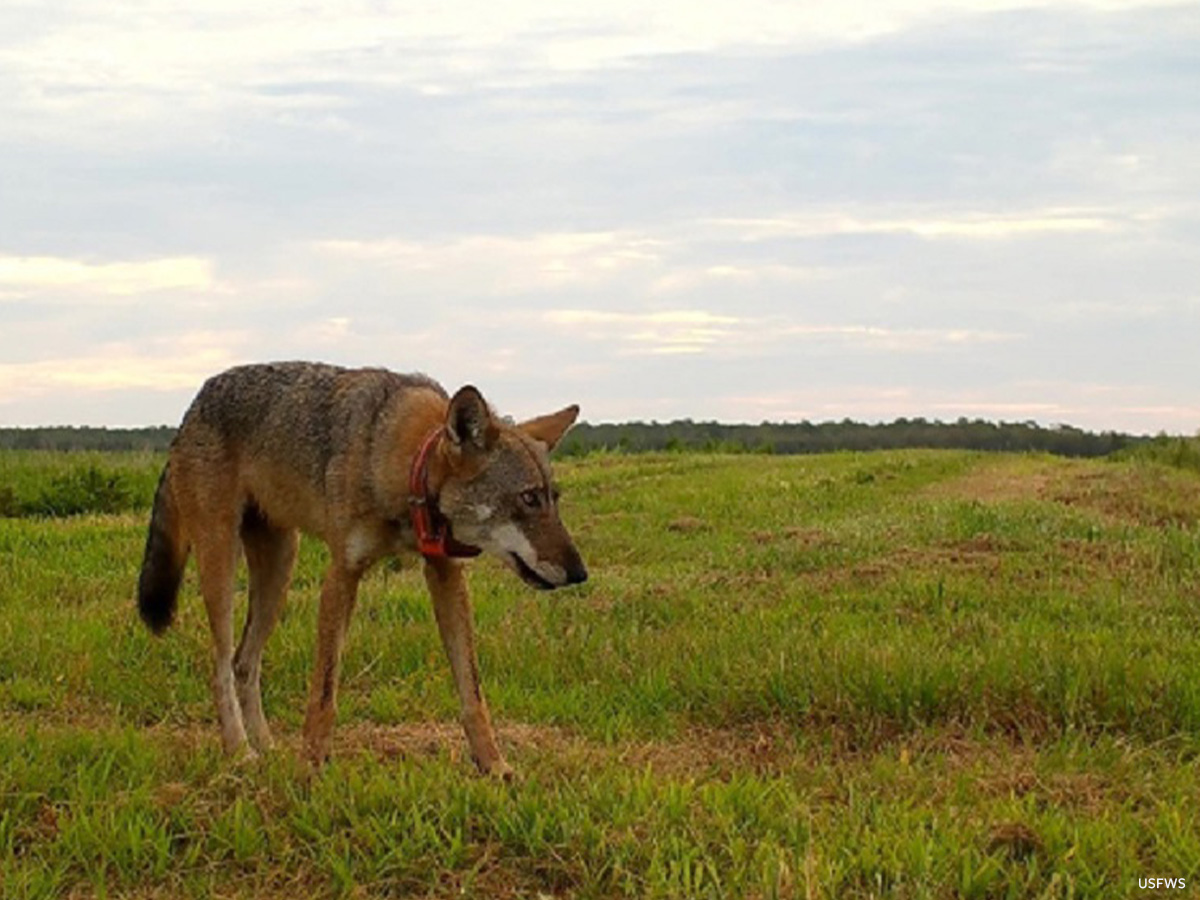 In 2012, the wild red wolf population reached as many as 120 individuals in eastern North Carolina, who were either once again gunned down or became the victims of vehicular strikes. Currently, the Center for Biological Diversity indicates that fewer than 20 known red wolves exist in the wild within eastern North Carolina's Albemarle Peninsula. That means for every single wild red wolf on the planet, we humans outnumber them by 400 million to one!

USFWS has published a draft revised Red Wolf Recovery Plan, which hasn't been updated since 1990. Despite the efforts of captive breeding programs to release red wolves into the wild, the main threats to survival continue to be illegal hunting, vehicle strikes, and ever-increasing habitat loss.

The recovery strategy outlined in the draft includes measures to:

The objective of this revision is to ultimately recover red wolf populations and delist red wolves from the federal list of endangered species. However, the proposed draft leaves out some crucial details. The USFWS is seeking comments on its draft revision of the Red Wolf Recovery Plan until October 28, 2022.

This alert was signed by 15,093 people and has now been delivered to the target.
Please take the following actions for animals who still urgently need your help: