Rain, after being hit by a car and before being picked up and beaten to death with a shovel.

Two city employees in Humboldt, Tennessee, are facing animal cruelty charges after witnesses allege that they beat a dog to death with a shovel. Join us in calling for justice for this innocent dog who needed help.

A subsequent investigation found that the dog had been struck by a vehicle and that the two men had been sent to retrieve the dog. They brought the dog back to the city shelter, where they were then seen removing the dog from the truck, before relentlessly beating the dog with a shovel who was held down by a catchpole. Since the news broke, the dog was memorialized with a Facebook page and named Rain.

Pafford and Johnson have since been forced to resign from their positions and have been charged with a Class E felony. According to District Attorney Frederick Agee, this can come with a one or two year prison sentence, depending on an individual's criminal background. 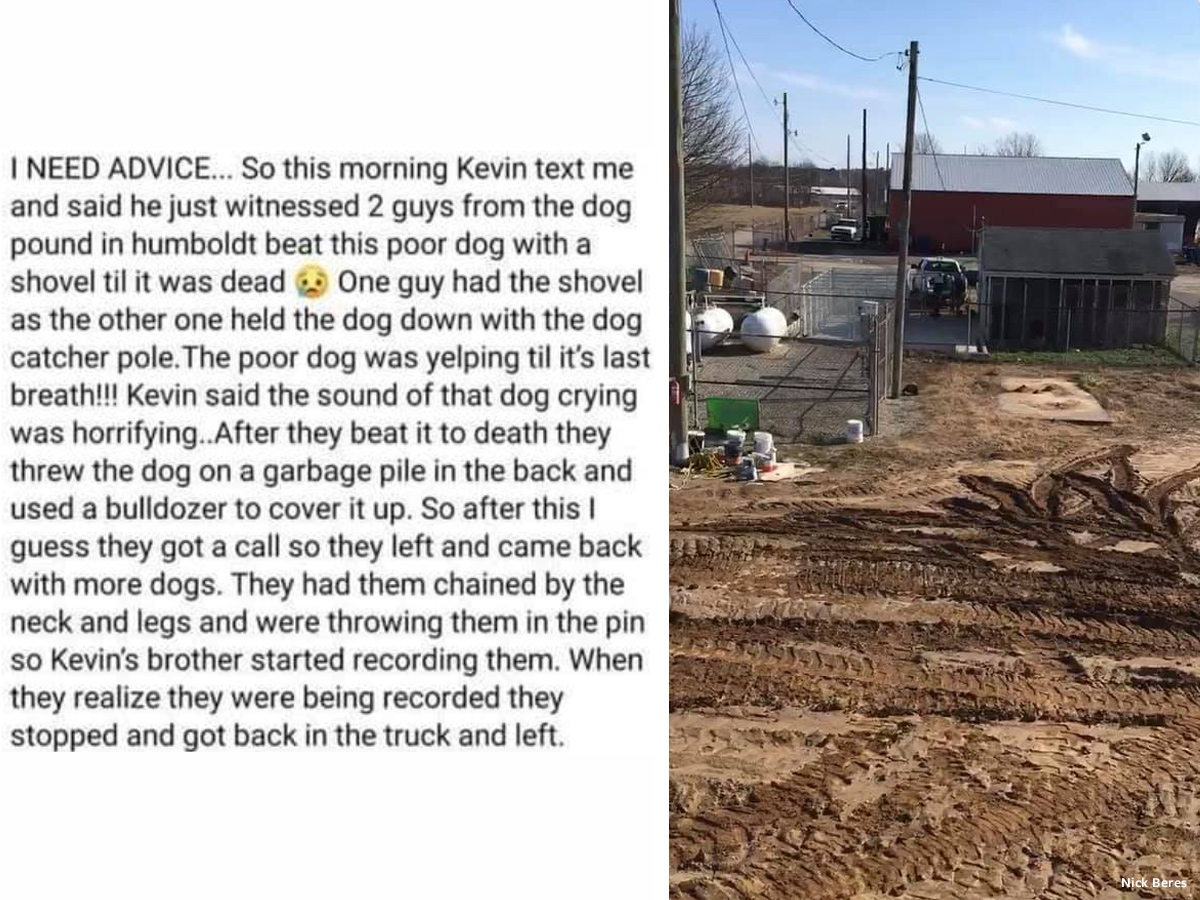 Time is of the essence as they are due in court on April 7, and we intend to deliver your comments before their court appearance.

This alert was signed by 15,656 people and has now been delivered to the target.
Please take the following actions for animals who still urgently need your help: