Now is the time to stop poisoning wild animals who are also desperately struggling to survive the massive wildfires currently raging across the state.

Bobcat killed in a wildfire.

Just as AB 1788 landed on Newsom's desk, bobcat B-372 and mountain lion P-76 both died horrible deaths from uncontrolled bleeding due to rodenticide poisons. News of their deaths is even more reason for him to sign AB 1788 into law.

Los Angeles, home of celebrity mountain lion P-22, is one of the worst possible places to allow uncontrolled rodenticide use. Without treatment for rodenticide poisoning in 2014, P-22 would have perished after much suffering. 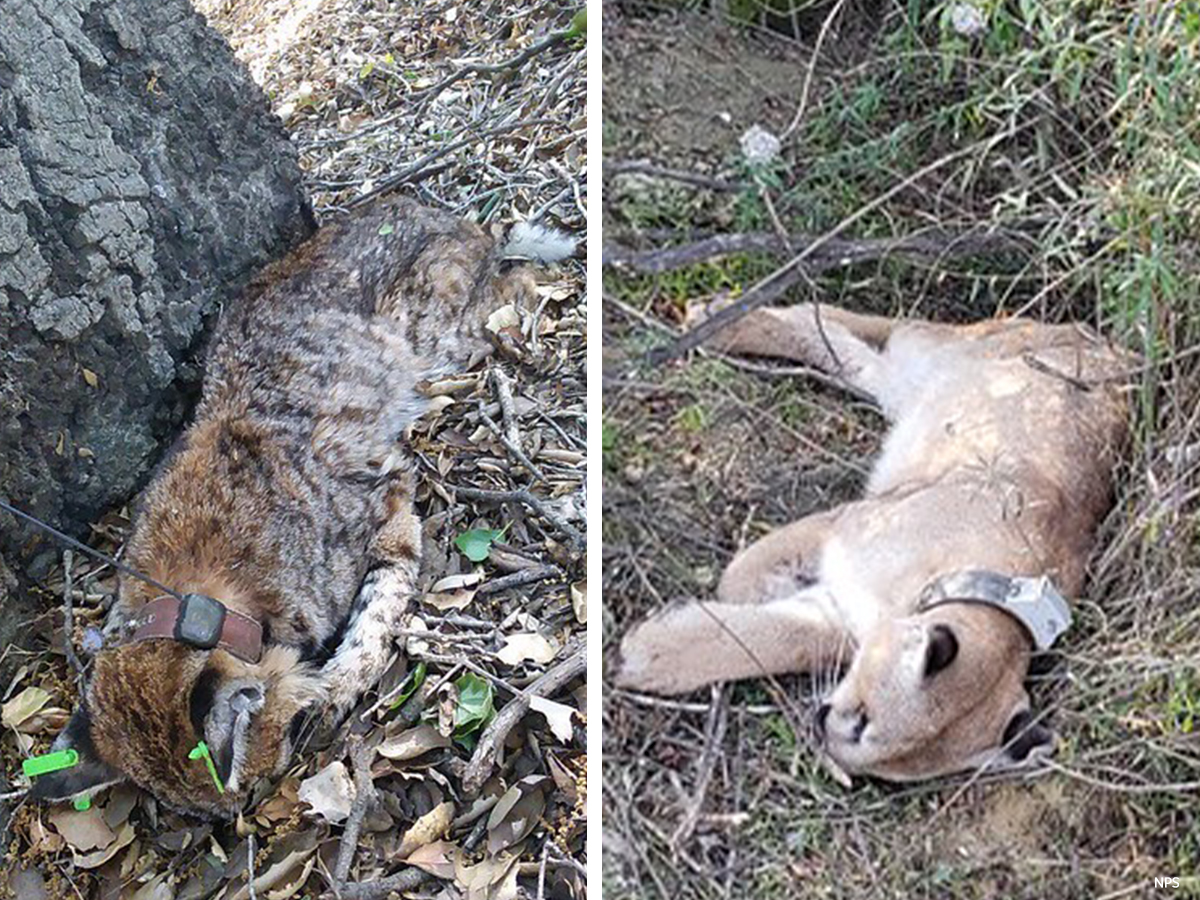 Bobcat B-372 and mountain lion P-76 killed by rodenticide poisons.