Wildlife killing contests are barbaric events that offer cash and prizes for slaughtering unsuspecting animals who play vital roles in their ecosystems. Coyotes, bobcats, mountain lions, foxes, and wolves are callously gunned down en masse by individuals of all ages and discarded like trash soon after. The blood-fueled events serve no ecological purpose and perpetuate violence against living beings. Urge your legislators to outlaw heartless killing contests to protect America's most iconic wild carnivores.

Wildlife killing contests award individuals who inflict pain and suffering upon wild animals with no other purpose than inflicting violence for personal gain. Hunters are given cash and prizes for killing the most, the largest, or sometimes the smallest animals over a specified time period. Coyotes are the most commonly targeted species for these heinous, blood-fueled events. Bobcats, mountain lions, foxes, and wolves are also caught in hunters' crosshairs and subjected to violent, agonizing deaths. 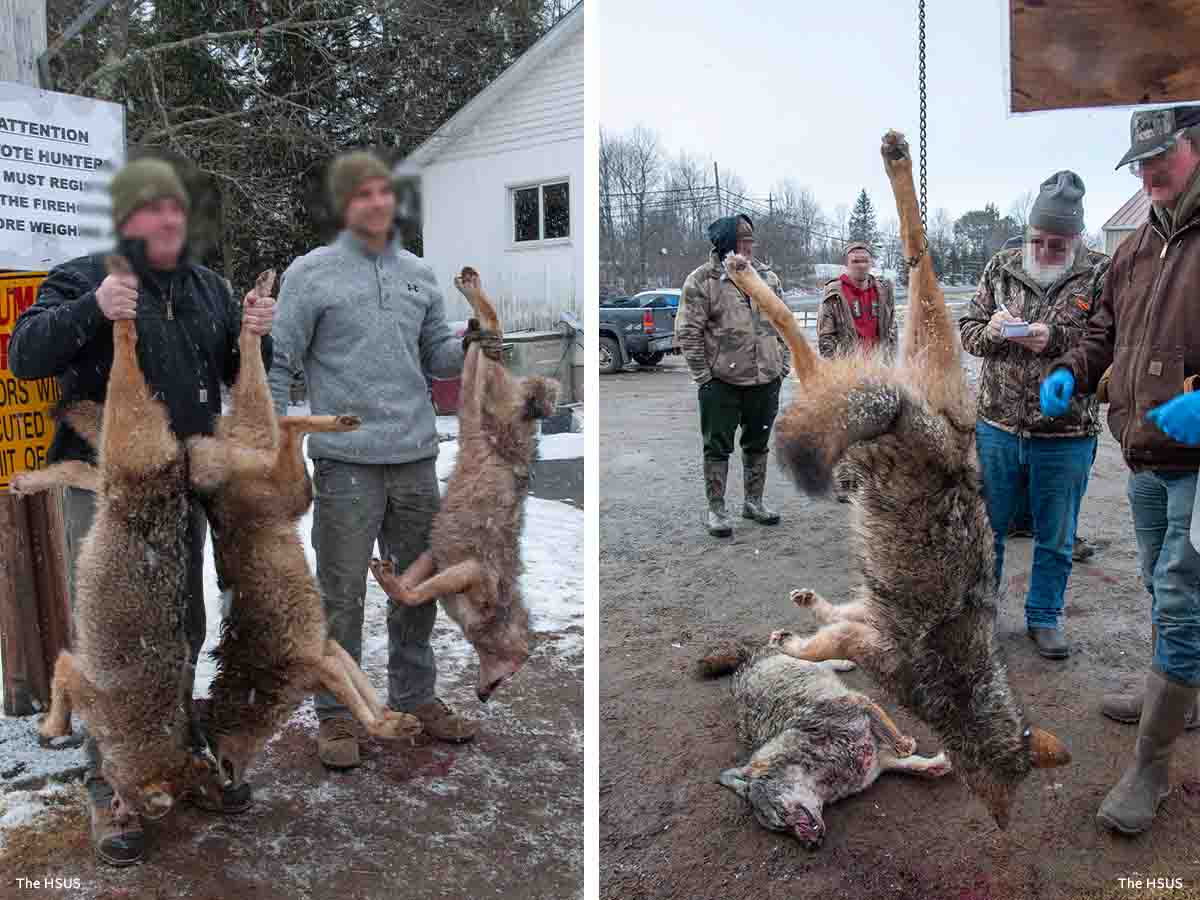 Killing contests are made even more reprehensible due to the use of electronic calling devices, which lure animals to an area by imitating the sounds of young, distressed members of the species. Animals are shot on arrival, making the killing of intelligent animals even easier for hunters who already come equipped for violence with guns, rounds of ammunition, and weapons. The animals are often left to struggle for prolonged periods due to inaccurate shots, and young offspring are orphaned and left to fend for themselves. After all the blood is spilled, the animals' bodies are often discarded like trash. 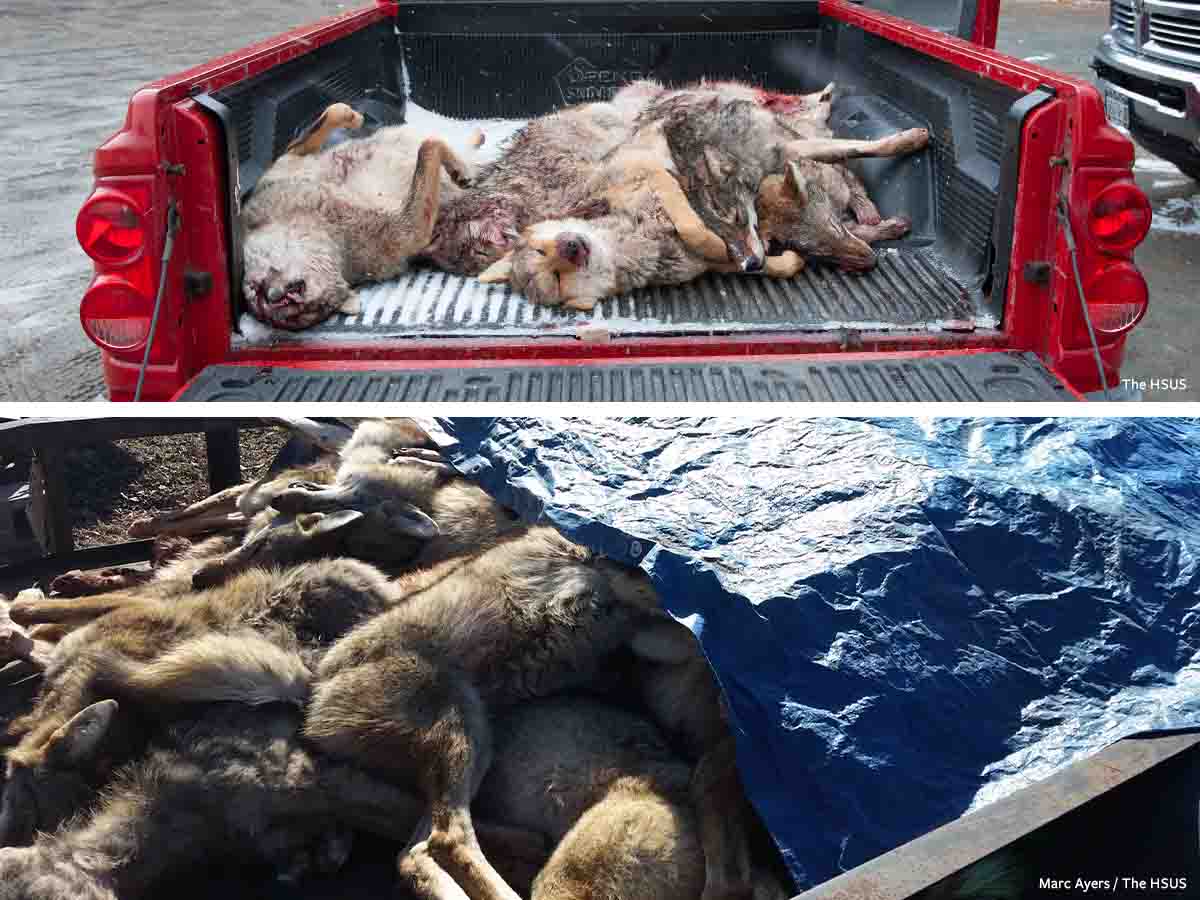 Read the next article
Demand Justice for Baby Bear Who Was Tortured and Strangled to Death!

This alert was signed by 13,919 people and has now been delivered to the target.
Please take the following actions for animals who still urgently need your help: